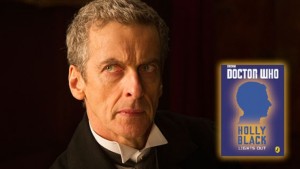 The Doctor Who story I wrote is out tomorrow!!! It takes place between the first and second episode of the new season and includes monsters, coffee, spaceships and my take on Peter Capaldi’s Twelfth Doctor. It’s currently available in e-format and here’s where you can get it:

“Lights Out!” on iTunes

“Lights Out!” for Nook

“Lights Out!” for Kindle

If you want to listen to me talk about it, here I am nattering on in an article in The Guardian and here’s a video of me looking very odd and gesturing wildly (my hair is silvery because I was swimming in the sea for a week and puffy for reasons beyond my ken — why didn’t anyone tell me I looked like that?).

I hope that all you Doctor Who fans think I did an okay job!

Go here to get one. There’s a limited quantity, so I don’t know if they will continue to be available after the book comes out in January or if they’re going to be all done in pre-orders.

Scholastic has put together some banners, icons, and backgrounds if you want to share your Iron Trial love. 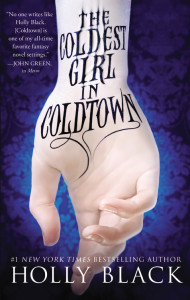 The Coldtown paperback is coming out 8/12, which if you live where I live, means right now! It’s super pretty and has two fancy new blurbs on it.

This one on the front:

“No one writes like Holly Black. [Coldtown] is one of my all-time favorite fantasy novel settings.” – John Green

…and this one on the back:

When I saw these, I went immediately to my publicist.

Holly: Uh, guys, I really appreciate you guys trying to make the book sell and all, but someone is going to notice that you MADE UP A BUNCH OF FANCY BLURBS.

Publicist (with vast, though beleaguered patience): Those blurbs are real, Holly.

And it turns out that they are really real! Thank you, John and Veronica!

Anyway, if you’d like to pick up a copy, there are links to places selling it on the Coldtown page of my site. So, if you’ve been waiting for paperback to try out The Coldest Girl in Coldtown, now is your time to strike! 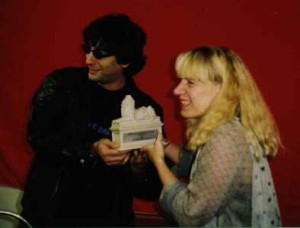 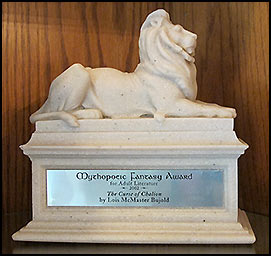 This is it! The new site, with updated content and a streamlined new look. I’m going to continue to add content, so check back. I am also going to be using this blog more for stuff that doesn’t quite fit on Tumblr.

Since a lot of people were asking for it, I have “Lila Zacharov in 13 Pieces” back up on the site and also have an updated Writing Advice page. Plus the Appearances page is a lot easier to update, so I vow to actually update it. 🙂

Still working out some content, so let me know if there’s something else you’d like to see and I will see what I can do.