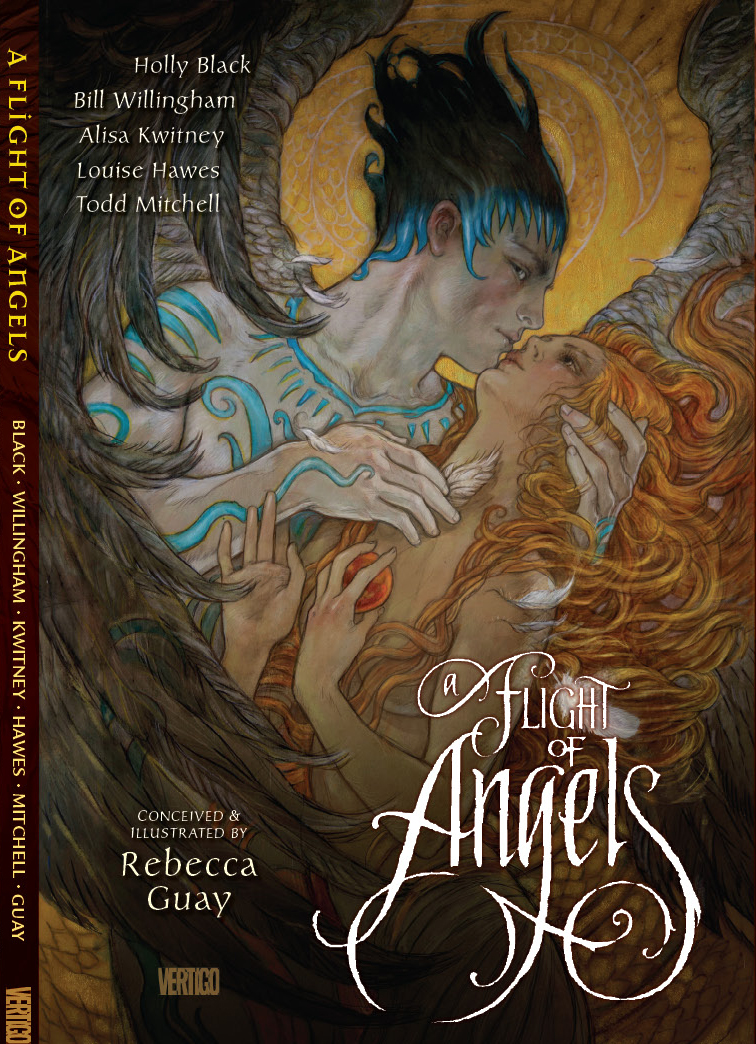 The diverse mythology of angels is explored in this lushly painted graphic novel from high-profile fantasy authors including Holly Black (The Spiderwick Chronicles) and Bill Willingham (FABLES).

Deep in the woods outside of a magical kingdom, a strange group of faeries and forest creatures discover a nearly dead angel, bleeding and unconscious with a sword by his side. They call a tribunal to decide his fate, each telling stories that delve into different interpretations of these winged, celestial beings: tales of dangerous angels, all-powerful angels, guardian angels and death angels, that range from the mystical to the mysterious to the macabre.

This original graphic novel spotlights the painted work of award-winning artist Rebecca Guay, whose other workds include the Vertigo titles VEILS and DESTINY: A CHRONICLE OF DEATHS FORETOLD, as well as World of Warcraft, Magic: The Gathering and Dungeons and Dragons.

A captivating that tale weaves five distinct voices into one ethereal vision! This compilation has phenomenal storylines and exceptional art. A Flight of Angels is truly an enchanting and compelling book.