Holly Black is the #1 New York Times bestselling author of fantasy novels, including the Novels of Elfhame, THE COLDEST GIRL IN COLDTOWN, the Spiderwick Chronicles, and her adult debut, BOOK OF NIGHT. She has been a finalist for an Eisner Award and the Lodestar Award, and the recipient of the Mythopoeic Award, a Nebula, and a Newbery Honor. Her books have been translated into 32 languages worldwide and adapted for film. She currently lives in New England with her husband and son in a house with a secret library. 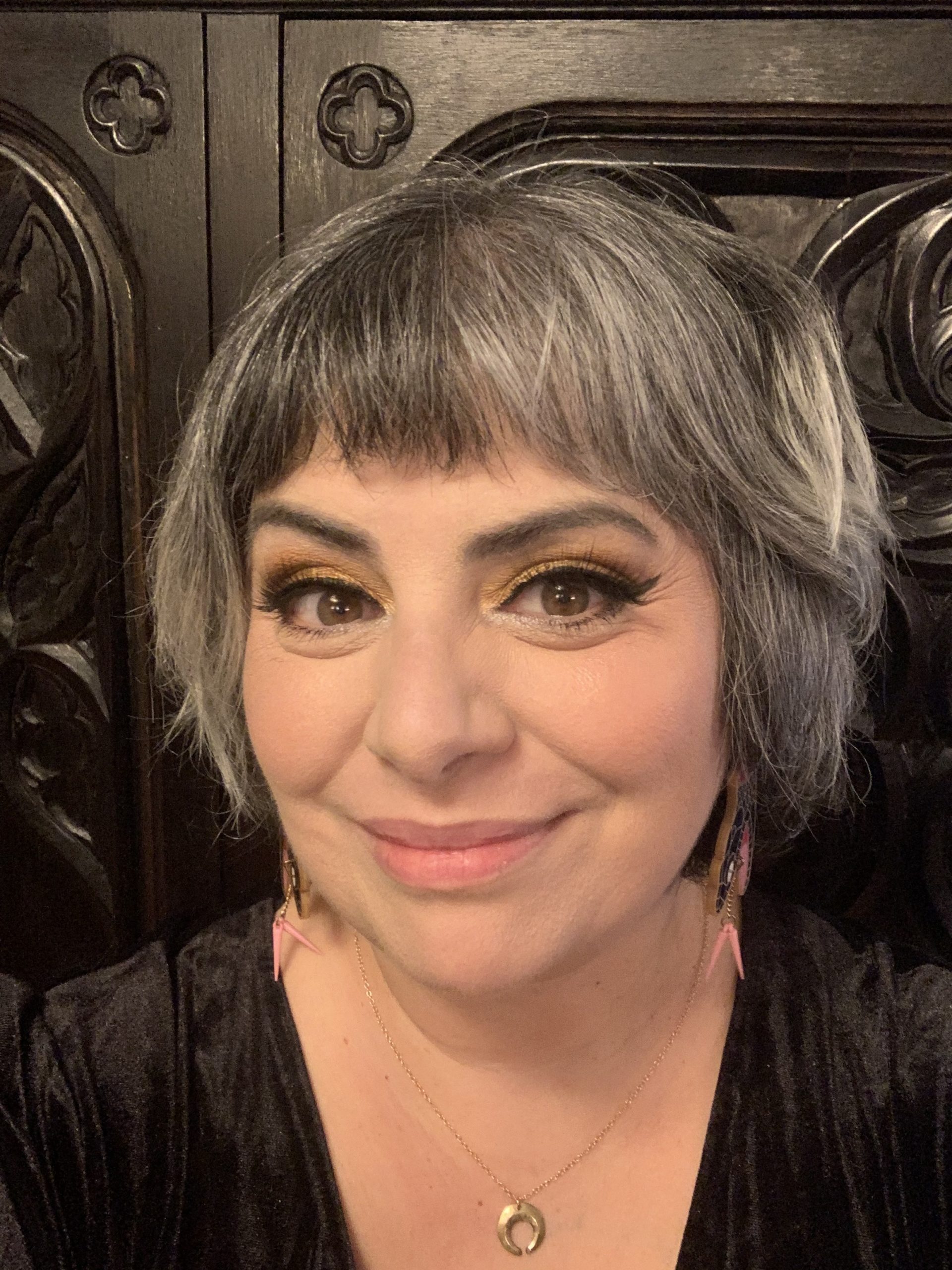 Holly Black is a bestselling author of contemporary fantasy novels. She grew up in New Jersey and loved reading and writing from an early age. Her first book, Tithe: A Modern Faerie Tale, was published in 2002. Tithe was called “dark, edgy, beautifully written and compulsively readable” by Booklist and was included in the American Library Association’s Best Books for Young Adults. She published a companion book, Valiant (2005), which was the recipient of a Nebula Award (formerly the Andre Norton Award), and a sequel, Ironside (2007), which spent five weeks on the New York Times bestseller list.

Holly collaborated with her long-time friend, Caldecott-award-winning artist, Tony DiTerlizzi, to create the bestselling Spiderwick Chronicles. The first two books, The Field Guide and The Seeing Stone were released together in 2003, with the next three, Lucinda’s Secret (2003), The Ironwood Tree (2004) and The Wrath of Mulgarath (2004), following in rapid succession. The Wrath of Mulgarath climbed to #1 on the New York Times bestseller list. The five-book serial has been called “vintage Victorian fantasy” by the New York Post and Time Magazine reported that “the books wallow in their dusty Olde Worlde charm.” The lavishly illustrated Arthur Spiderwick’s Field Guide to The Fantastical World Around You (2005), The Notebook for Fantastical Observations (2005), and Care and Feeding of Sprites (2006) expanded the Spiderwick universe. To date, the books have been translated into 32 languages. There are three additional chapter books in the Beyond the Spiderwick Chronicles series, The Nixie’s Song(2007), A Giant Problem (2008) and The Wyrm King (2009). The Spiderwick Chronicles were adapted into a film by Paramount Pictures in conjunction with Nickelodeon Films. Released in February 2008, the film stars Freddie Highmore and Sarah Bolger, with Mark Waters as the director.

Holly has also been a frequent contributor to anthologies, and has co-edited three of them: Geektastic (with Cecil Castellucci, 2009), Zombies vs. Unicorns (with Justine Larbalestier, 2010), and Welcome to Bordertown (with Ellen Kushner, 2011). Her first collection of short fiction, Poison Eaters and Other Stories, came out in 2010 from Small Beer Press.

She has also done some comics work. She wrote an Eisner-nominated graphic novel series, The Good Neighbors (Kith in 2008, Kin in 2009 and Kind in 2010) and a year of Lucifer comics for DC Comics in 2015.

She returned to novels with The Curse Workers series, a trilogy set in a world of capers, curse magic, and organized crime. The three books in the series were The White Cat (2010), The Red Glove (2011), and The Black Heart (2012).

2013 saw the release of two stand-alone novels. Doll Bones, a Newbery honor recipient and Mythopoeic award winner which marked a return to middle grade fiction, tells the story of three friends who go on a road trip to bury a haunted doll. In the words of BCCB, “This novel is a chilling ghost story, a gripping adventure, and a heartwarming look at the often-painful pull of adulthood.”

The Coldest Girl in Coldtown follows Tana, who lives in a world where walled cities called Coldtowns exist. In them, quarantined monsters and humans mingle in a decadently bloody mix of predator and prey. “You may be ready to put a stake in vampire lit, but read this first: It’s dark and dangerous, bloody and brilliant,” said Kirkus Reviews. It was a finalist for the Norton and the Locus awards.

During this period, she also collaborated on a five-book middle grade fantasy series, Magisterium, with friend and fellow author Cassandra Clare. The series includes The Iron Trial (2014), The Copper Gauntlet (2015), The Bronze Key (2016), The Silver Mask (2017), and The Golden Tower (2018).

The Darkest Part of the Forest (2015), a stand-alone novel, marked her return to faerie fiction. She followed that up with her Folk of the Air series. The first book, The Cruel Prince (2018), debuted on The New York Times bestseller list and remained on the list for four weeks. The novel was a finalist for the Lodestar Award and has received such critical acclaim as starred reviews from Publishers Weekly (“…a beguiling, tough-as-nails heroine enhance an intricate, intelligent plot that crescendos to a jaw-dropping third-act twist.”) and School Library Journal (“Another fantastic, deeply engaging, and all-consuming work from Black that belongs on all YA shelves.”). The second book, The Wicked King (2019), debuted at #1 on the New York Times bestseller list. The third book, The Queen of Nothing (2019) finished out the series. In a starred review, Kirkus wrote, “Whether you came for the lore or the love, perfection.”

In 2019, she also published a middle grade novel featuring Disney’s Maleficent, entitled The Heart of the Moors.

Holly lives in New England with her husband, son, and cats, in a house with a secret library.